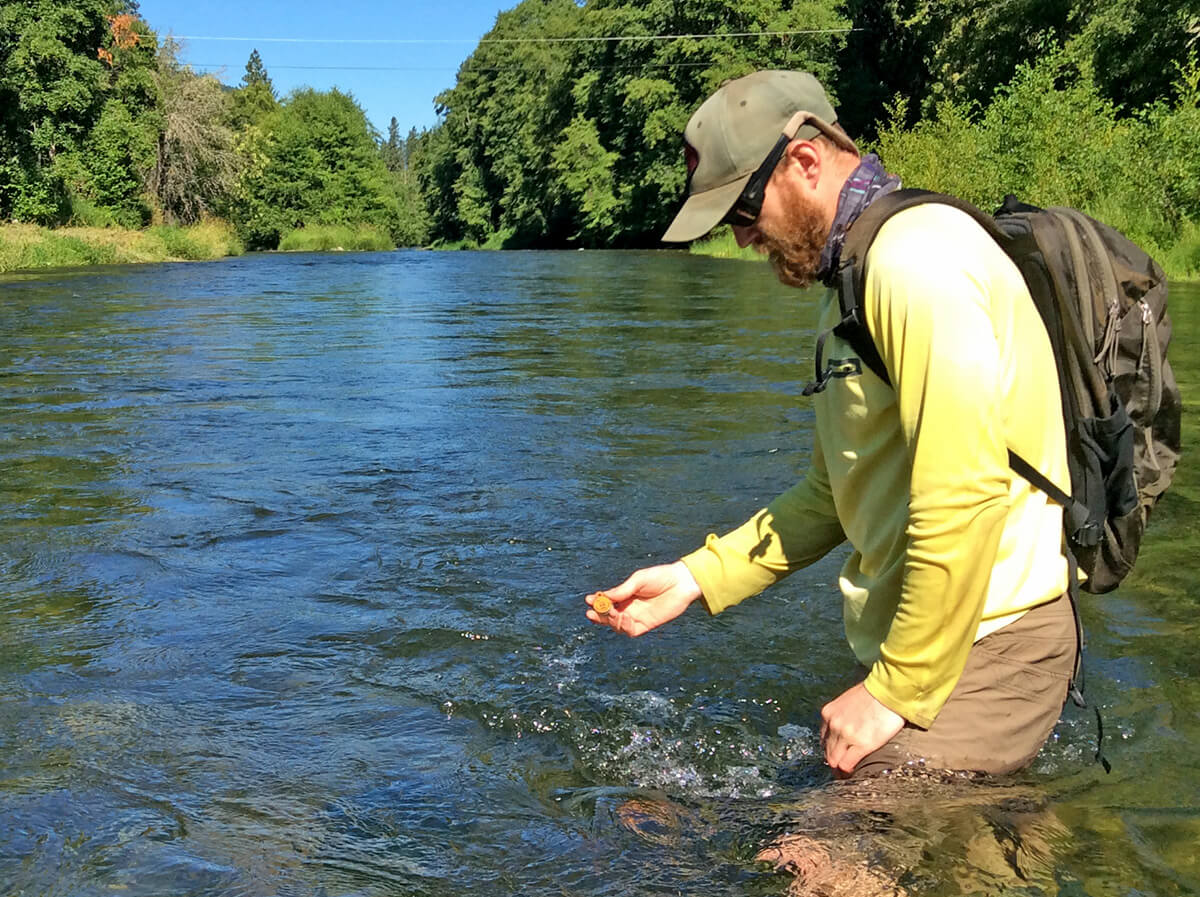 When the West was dubbed “wild,” it likely wasn’t only about the cowboys and the outlaws. Perhaps it had something to do with the dense forests, rugged peaks, and raging rivers.

The features define the region, and one freshwater conservation organization is working to ensure that the wild and scenic rivers of the Pacific Northwest are protected and restored.

By planting trees, building log jams, making deals with farmers and ranchers to invest in conservation, reconnecting side channels, keeping livestock away from streambanks, and more, The Freshwater Trust has improved water quality and quantity throughout Oregon and Idaho. But what the organization’s members are doing is not necessarily all that unique; it’s how they’re doing it.

They use science and technology to ensure every action taken has a quantifiable outcome for the waterways they’re working to protect. They call this “Quantified Conservation,” and the approach requires gathering data on all of their project sites so they can measure the exact ways they’re improving a watershed.

Over the past three years, The Freshwater Trust planted more than 25,000 trees and shrubs along the banks of the Applegate to produce shade and offset the effects of warm water being discharged by a wastewater treatment plant in the nearby city of Medford. The organization then quantifies the shade produced by the planted vegetation and converts the shade into credits that the city purchases and counts towards its obligation under the Clean Water Act to mitigate the warm water being discharged. Often referred to as “water quality trading,” this natural infrastructure solution is an alternative to the city building a cooling tower or holding pond.

“With these loggers, we’ll be able to better understand how our revegetation projects affect water temperature over time,” said Julia Bond, science director with The Freshwater Trust. “When collected, we’ll know where the river is the warmest and coldest and how the temperature varies across the day. We’ll also be able to compare the conditions year-over-year as the trees continue to grow. Honestly, we’ll be able to not only know we’re having an impact, but we’ll also be able to improve the way we do restoration with this type of information.”

The TidbiTs (which now come in Bluetooth-enabled models) were housed in PVC canisters that were attached to rocks with wire and deployed throughout the river by staff scientists. The loggers will record a water temperature measurement every 15 minutes until retrieved in the fall, and will be redeployed in the spring.

“Once we retrieve them, we will download and analyze the data,” said Bond. “Over time, we expect to see more shade and less warming as the trees grow.”

More shade means more hospitable conditions for coldwater fish species such as Chinook salmon and winter steelhead. The historically cold Rogue River is already warming, and the water the treatment plant is returning to the river could increase its temperature by an additional 0.18 degree Celsius. Despite being virtually indistinguishable to humans, this increase in temperature can have an impact on the salmon and steelhead that call the river home. Warmer rivers have less oxygen and cause eggs to incubate earlier, lowering survival rates.

“In addition to providing shade and refuge for fish, these trees we’re planting will filter pollutants such as agricultural runoff, and actually sequester carbon from the atmosphere,” said Bond. “These are two benefits that would never be provided had the city of Medford gone with a holding pond.”

Long-term monitoring plays a key role in helping The Freshwater Trust ensure that its projects are accomplishing their intended outcomes.

“If we aren’t monitoring the trees we put in the ground and studying the river we’re working to improve, we can’t possibly be assured that what we’re doing is having a positive impact,” said Bond. “And we’re adamant about making a tangible difference. We don’t just want to say it. We want to have the data to back it all up.”

The Freshwater Trust will be monitoring and planting along the Applegate River for the next 20 years.

“We’re firm believers that all restoration efforts should be guided by data and analytics and be carried out with a laser focus on outcomes,” said Bond. “What we’re doing on the Applegate is such a small example of what we want to see throughout the world of freshwater conservation. Restoration guided by knowledge and insight like this is possible, and through our monitoring efforts we will learn from our projects and share those findings with the entire community so we can all continue to improve how we work to restore these freshwater systems.”