In the World of Hardwood Flooring, Data Makes a World of Difference 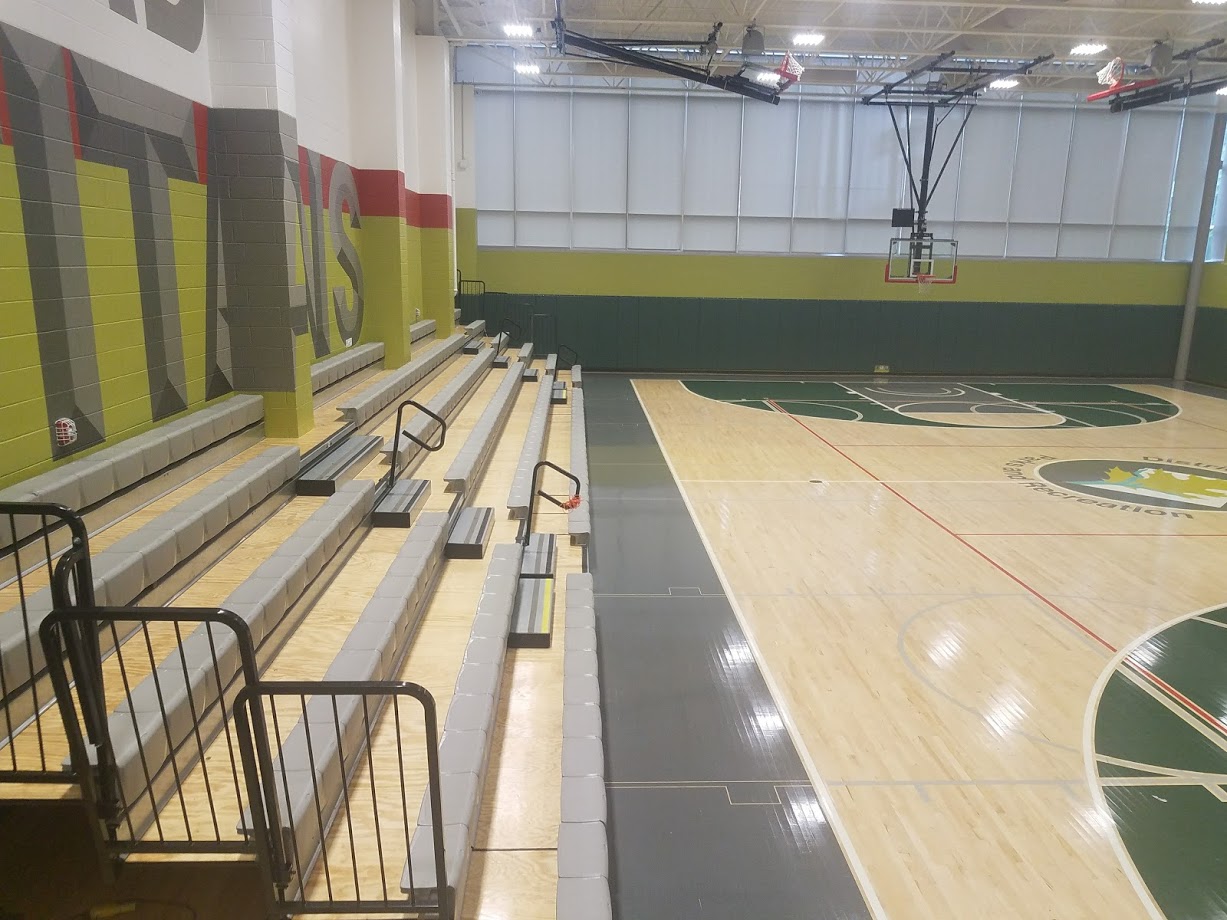 No one is more familiar with wood’s natural nemesis than Russ Sterner of MasterCare Flooring, an award-winning wood floor installation company based in Baltimore, Maryland, and founded in 1983 by Sterner and his lifelong friend and business partner, co-owner Lou O’Brien.

Here's the deal. Expensive hardwood gymnasium floors come with a warranty, and without the hard evidence that temperature and humidity data provides, Sterner’s company could find itself on the hook for wood floor damage that was actually caused by something over which it has no control. 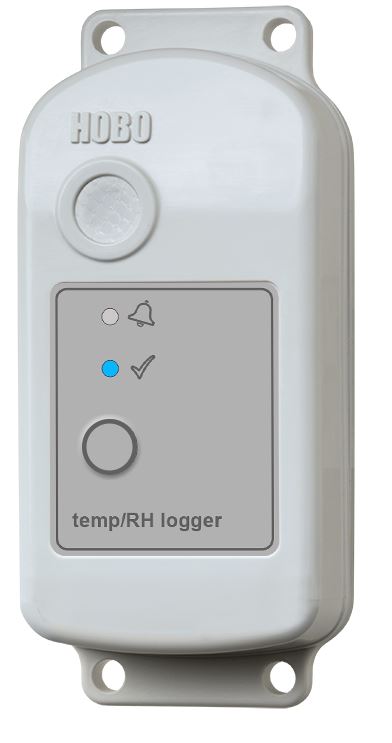 Sterner notes that as soon as MasterCare Flooring became aware of HOBO loggers from Onset, “We started putting them in on every job, and it has made a world of difference.” Once the contract has been signed and the jobsite surveyed, Sterner’s team immediately deploys at least one HOBO MX2301A Temperature/Relative Humidity data logger at the site, informs the general contractor (GC) of the deployment, and begins monitoring the indoor environmental conditions.

Excessive humidity causes wood to expand. Or as Sterner describes it, the flooring “smiles” as it starts to crown on the edges. And if it continues to smile and expand and get too tight, it will buckle and pull right off the subflooring. On the other hand, not enough humidity in the air can cause unacceptable gaps between the floorboards, while a certain amount of gapping in colder months is necessary and desired, so that the wood has room to expand during more humid summertime conditions.

Before discovering HOBO data loggers, MasterCare flooring used to check high/low temperature and humidity readings with small devices purchased from The Home Depot. Unlike the HOBO loggers, however, these devices did not offer the convenience of Bluetooth technology, nor did they provide temperature and humidity measurements over time, and often they would “disappear” from the area where they were hidden behind the gym bleachers. 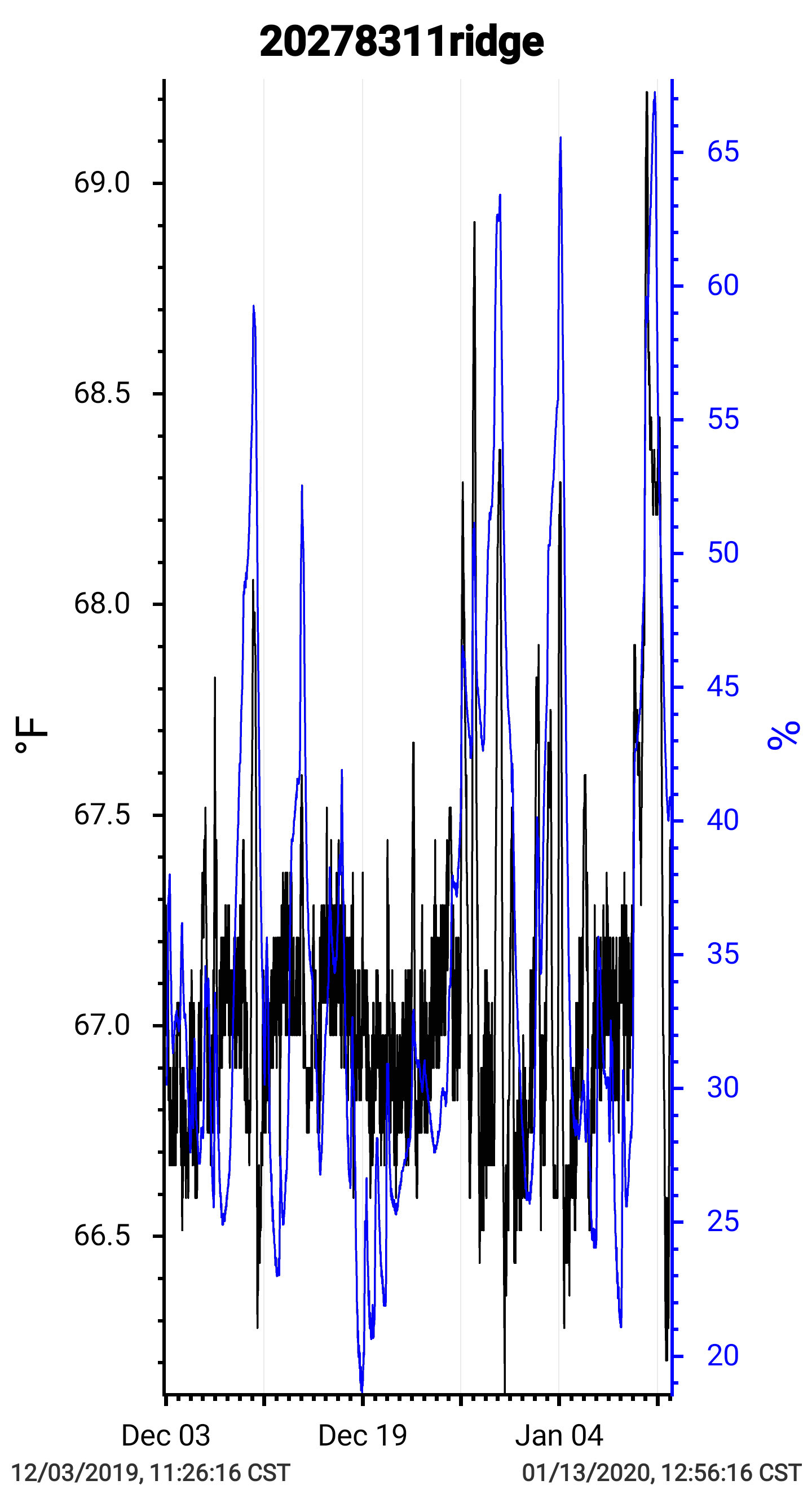 With the HOBO solution, however, using just a smartphone or tablet and Onset’s free HOBOmobile app, when he’s within 100 feet of an MX2301A logger, Sterner can wirelessly download highly-accurate temperature and humidity data at any time, view the data in graphs, and easily share data graphs via email. And because there’s no need to physically retrieve the unit to download data, the loggers can be deployed in harder-to-reach locations where they’re less apt to go missing. Most importantly, the HOBO solution gives Sterner “the complete readings” and “solid evidence” he needs if the quality/integrity of his work is ever called into question.

For example, a GC remarks on gaps appearing between the floorboards. Sterner simply emails the GC a data graph showing that low humidity levels (between 10 to 15%) at the site over the past week caused the wood to shrink, and assures the GC that those gaps would be needed in the summer months.

In one specific instance, which truly spoke to the company’s bottom line, a gym floor at a recreation center became entirely buckled and it was assumed that MasterCare Flooring was at fault. Fortunately, Sterner was able to produce data from the HOBO logger deployed at the center, and the data showed spikes of 98% humidity in the building every weekend in the summer. It turned out that the HVAC system wasn’t adjusted properly, air filters weren’t being changed, and the air-conditioning was being shut off on weekends, with just the fans running, which was drawing in even more moisture. According to Sterner, the inspector took one look at his HOBO data graphs and said, “This just saved you from buying a whole new floor.”

With this kind of potential cost-savings in mind, MasterCare Flooring uses affordable HOBO MX2301A loggers to monitor conditions not just at gymnasiums, but at every site, including recent jobs at the Kennedy Center and the National Gallery of Art – because, as Sterner describes HOBO data loggers, “They’re worth gold, they really are.”

Now, Sterner is looking into further increasing the company’s cost-savings by reducing the need for multiple site visits with the addition of the MX Gateway, a small device that automatically transmits data from MX Series data loggers right to the cloud. He’s also excited about the possibility of using Onset’s award-winning HOBOnet System, a cost-effective, scalable solution for web-based monitoring of indoor conditions.