One of the more intriguing fish in the ray family is the sawfish. Its long, narrow, flattened nose extension (rostrum) is lined with sharp teeth that look like a saw. HOBO data loggers are being used to study the smalltooth species found almost exclusively in south Florida.
Water 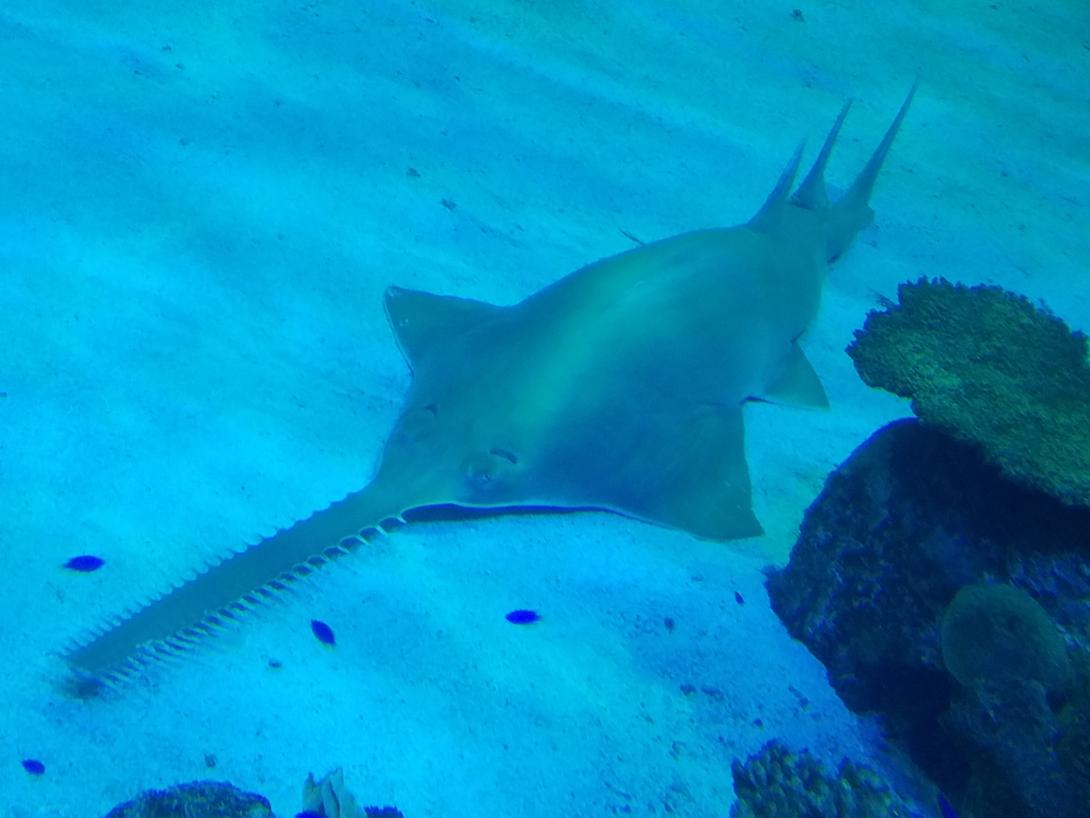 This article was written for the Onset Blog by Tonya Wiley, President of Havenworth Coastal Conservation. 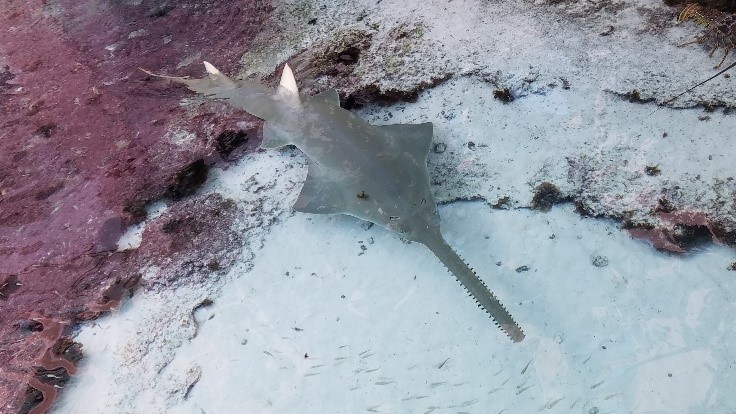 Smalltooth sawfish (Pristis pectinata) were once plentiful in the United States from Texas to North Carolina, but overfishing and habitat loss during the 20th century led to dramatic declines in sawfish numbers and range. Today, this species is found almost exclusively in south Florida.

Following the 2003 listing of the U.S. population under the Endangered Species Act, concerted research and recovery efforts began. These studies now suggest the population is at least stable, indicating current management strategies have been successful in stopping the decline and may be improving the status of the species. 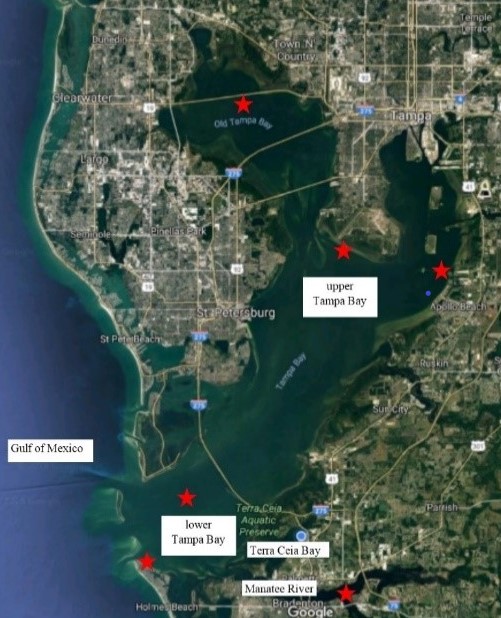 Tampa Bay is expected to be the next region along the Florida Gulf of Mexico coast into which the population of protected smalltooth sawfish will expand north as the population recovers. This project focuses specifically in the greater Tampa Bay region of the Florida Gulf coast (Hernando, Hillsborough, Manatee, Pasco, Pinellas, and Sarasota counties). Recent public reports of captures and sightings of sawfish in Tampa Bay and research-tagged sawfish occurring in the area highlight the need to begin working in the region.

This project is investigating the historic and current populations of sawfish in the greater Tampa Bay region of Florida with the ultimate goal of providing vital information on smalltooth sawfish in the area to recommend strategies for species conservation and recovery.

To investigate the occurrence, habitat use, and movements of smalltooth sawfish in the area, we are using public encounter information, field surveys, acoustic monitoring, and data loggers. The collection of crucial scientific information on the relative abundance, spatial and temporal distribution, movements and habitat use, and biology of smalltooth sawfish in Tampa Bay will improve our overall understanding of the population.

This study will allow us to monitor the population as it recovers and expands northward, to develop recommendations for management and protection strategies to assist in the recovery of the species, and to educate the public about their role in the conservation of the species. 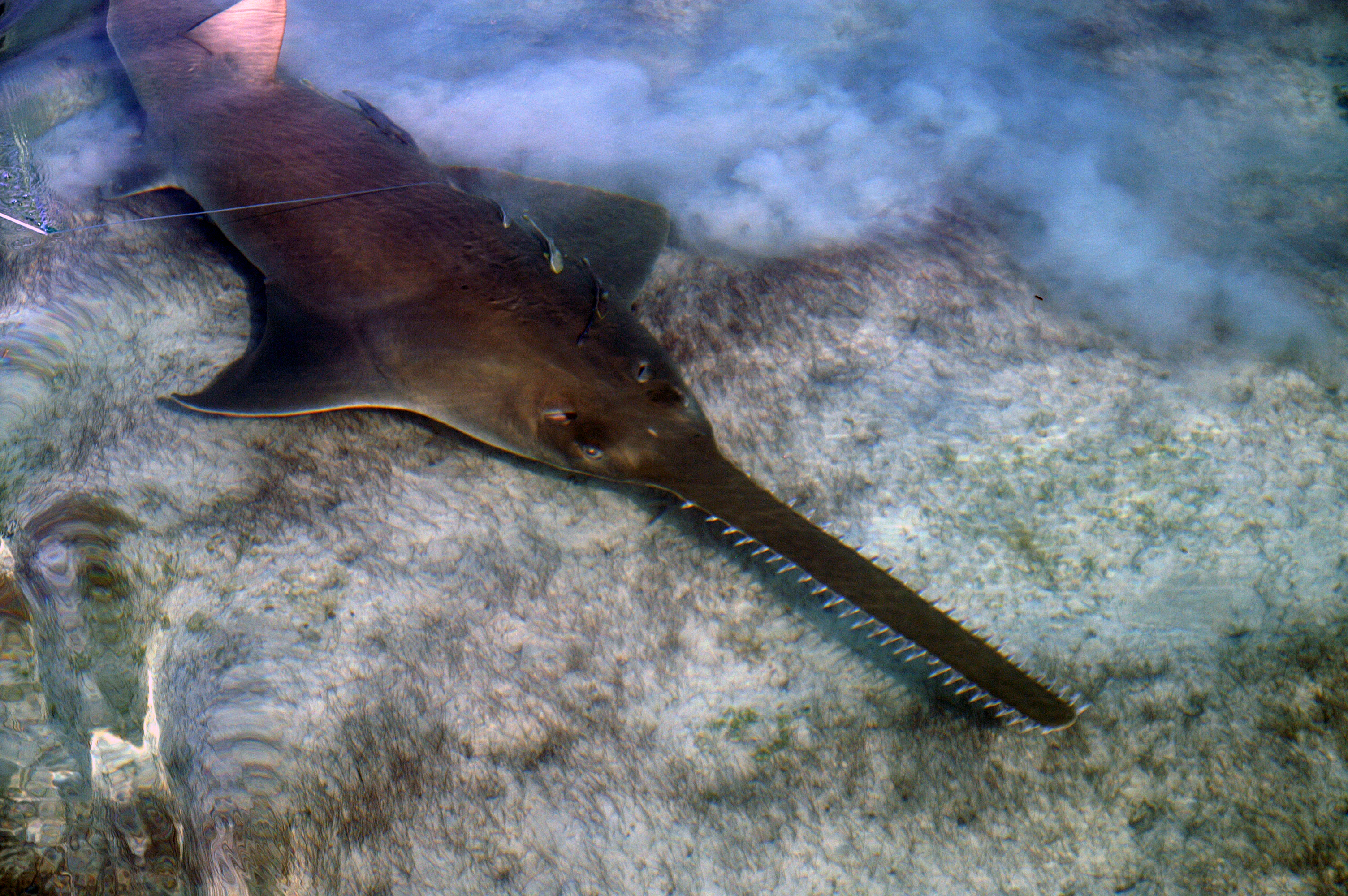 Smalltooth sawfish use a variety of habitats depending on life stage. For about the first two years, juveniles live in the shallow area of estuaries, bays, lagoons, and rivers. Once they grow to about seven feet long, they begin moving out of the shallow estuaries into more coastal habitats.

Larger juveniles and adults can be found in estuaries, off beaches, and along deep-water reefs. Water temperature, water depth, shoreline vegetation, and salinity all affect how and when sawfish use any specific area.

HOBO conductivity data loggers are being used to understand how salinity might be affecting the presence and movements of sawfish in Tampa Bay. In early 2019 acoustic receivers were strategically placed around Tampa Bay (red stars on map above) to help determine where and when sawfish are appearing in Tampa Bay. A HOBO conductivity data logger was deployed with each receiver to record the salinity at each station. The gear will be serviced and the data will be downloaded late in 2019, stay tuned for results! 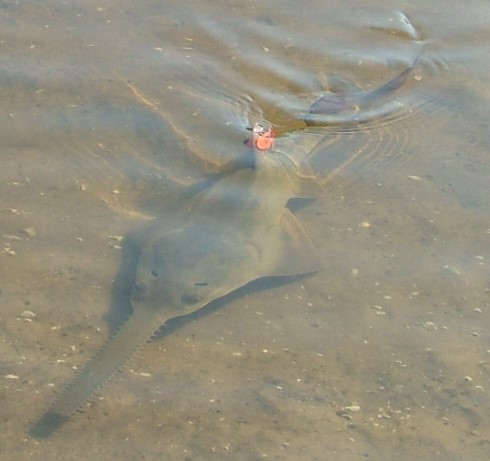 Adding a small number of acoustic receivers with the HOBO data loggers, strategically around Tampa Bay will provide us with information on sawfish presence in particular areas which can then be targeted further with directed surveys and additional receivers.

Tagged sawfish will also be tracked via receivers in collaborative networks such as the iTAG (the Integrated Animal Tracking in the Gulf of Mexico network) and OTN (the Ocean Tracking Network).

If you catch or see a smalltooth sawfish, take a quick photograph of it, estimate its size, note your location, and share the information. The details of your sightings or catches help scientists studying the endangered species track recovery progress and target their field surveys. You can share your information by visiting www.SawfishRecovery.org or calling 1-844-4-SAWFISH (1-844-472-9347).

Learn more about this sawfish research in the Tampa Bay area. 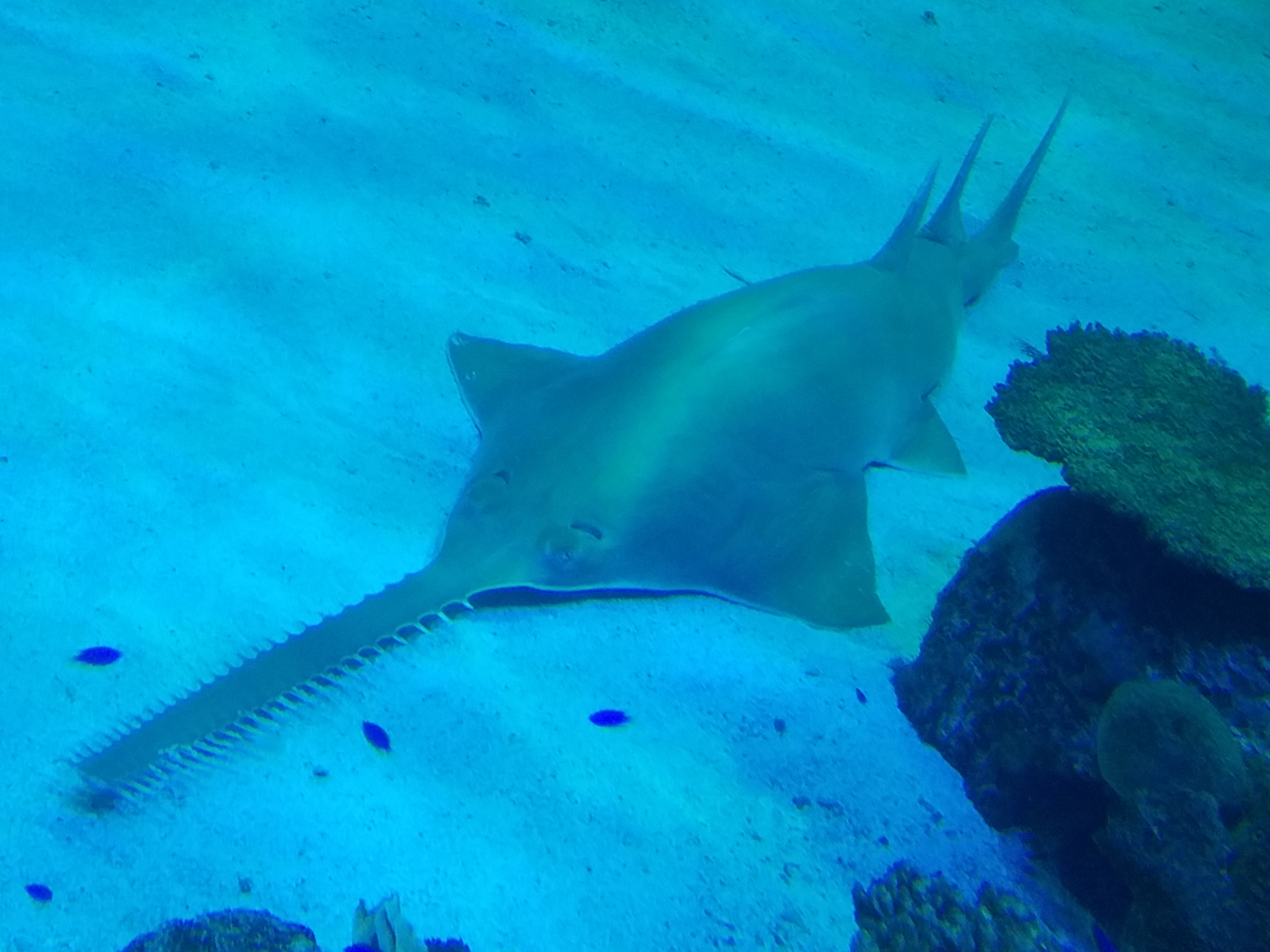